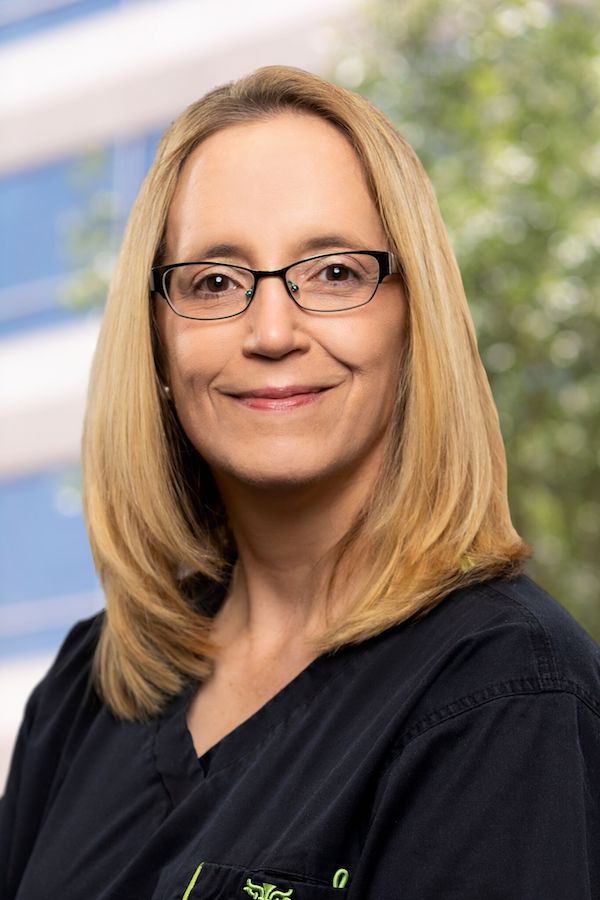 Dr. Amie Napier wasn’t born in Texas, but she got here as soon as she could. She was born into a military family who lived in Ogden, Utah, and shortly after her birth, they moved to Dallas. And there began her path as a life-long resident of the DFW area. Her interest in medicine began when she worked as a veterinary assistant in high school. What she learned and experienced in that job led to her ambition of becoming a doctor.

After receiving her bachelor’s degree from Texas A&M University, Dr. Napier attended the University of Texas Health & Science Center in San Antonio, Texas, receiving her medical degree in 1996. She was drawn to Obstetrics and Gynecology because it encompasses a wide variety of medicine, not only medical but also surgical. She served as an Obstetrics & Gynecology resident of the University of Texas Southwestern Medical School and Parkland Memorial Hospital in Dallas from 1996 through 2000, where she served as chief resident.

In 2000, Dr. Napier joined the staff of Advanced Women’s Healthcare. Working with and engaging with her patients is what Dr. Napier loves about practicing medicine.

“I love the day to day interaction with the patients and getting to help people better their lives, better their health. That’s really what is the most satisfying,” she said.

Dr. Napier is a self-proclaimed thrill seeker who doesn’t shy away from adventure and the occasional adrenaline rush. She loves ziplining and would love to do this over the Grand Canyon. And truth be told, if she wasn’t a doctor, she just might be a race car driver.

In her free time, she loves spending time with her less adventurous husband, Becket, and their three children. She enjoys cheering at all sorts of sporting events, including the Texas Rangers, Dallas Cowboys, Dallas Stars, her beloved Aggies (whoop!), but most importantly, her children’s. Spending time with her much loved, but very stubborn French bulldog, Roxie, always brings a smile to her face, as does a great book.

As an Obstetrician and Gynecologist, her goal is to help her patients live better and healthier lives. She loves that her patients are interested in their personal healthcare and that she gets to follow them throughout all the stages of their lives. She encourages her patients to treat their bodies as temples, respecting their health through awareness of what they eat and do in their daily lives. And if they want to go for a spin at a race track, they know who to call.

We are currently experiencing longer than normal hold times.  Please feel free to leave a message and our staff will get back with you as soon as possible.  We sincerely appreciate your patience and understanding during this transition.